I've been in a bit of a baking slump lately. I made a New Year's resolution to bake more cakes than the previous year and I've fallen really short. I've only made two and both were birthday cakes for my boys. No "just because" cakes and the year is almost over. Like everyone else, life just sort of gets in the way.

Luckily, inspiration hit yesterday when I was browsing Pinterest. I saw a cake that I had almost all the ingredients for on hand and the mix of flavors sounded interesting. Bananas, chocolate ganache, Nutella and caramel. Bananas are pretty meh to me but they definitely had me at ganache. And Nutella. And caramel.

So the one thing I didn't have on hand was Nutella. Would you believe that I've never bought this stuff before? It's not that it isn't great. I've had a lot of Nutella flavored stuff that I like, it's just one of those weird things that I don't know what to eat it with. Kinda like Cookie Butter. Maybe it's best that the stuff not be in my cupboards anyway...

Buuuuut, since it is, I made Banana Choco Hazelnut Cake. Lots of things went a bit wrong with this cake. First, I had to cook the layers for about 50 minutes. The recipe calls for 22-25 for the 6 inch pans. I checked 3 times to make sure I read it right and just kept cooking. The layers were still pretty moist afterward, but I was tired of waiting :)

I also decided to make a different frosting recipe because something terrifies me about a frosting recipe that requires the use of your stove and a thermometer. I used this recipe from Add a Pinch. It's SO delicious, but I did wonder if it was part of the reason for another of my fails. The frosting was so fluffy, it kept getting smooshed out from between them. Maybe I'll get brave and try that cooked frosting one day.

To top it off, I stuck with what I knew and made this recipe for salted caramel sauce. This stuff is delicious, I just want to throw it on everything. Or nothing. I ate some right off of my spoon. Don't judge.

For such a little cake, it's a lot of process. But that's part of the fun. Cut the layers, slap on ganache. If I'd listened to the blogger, I probably wouldn't have lost so much of it from squishing out. 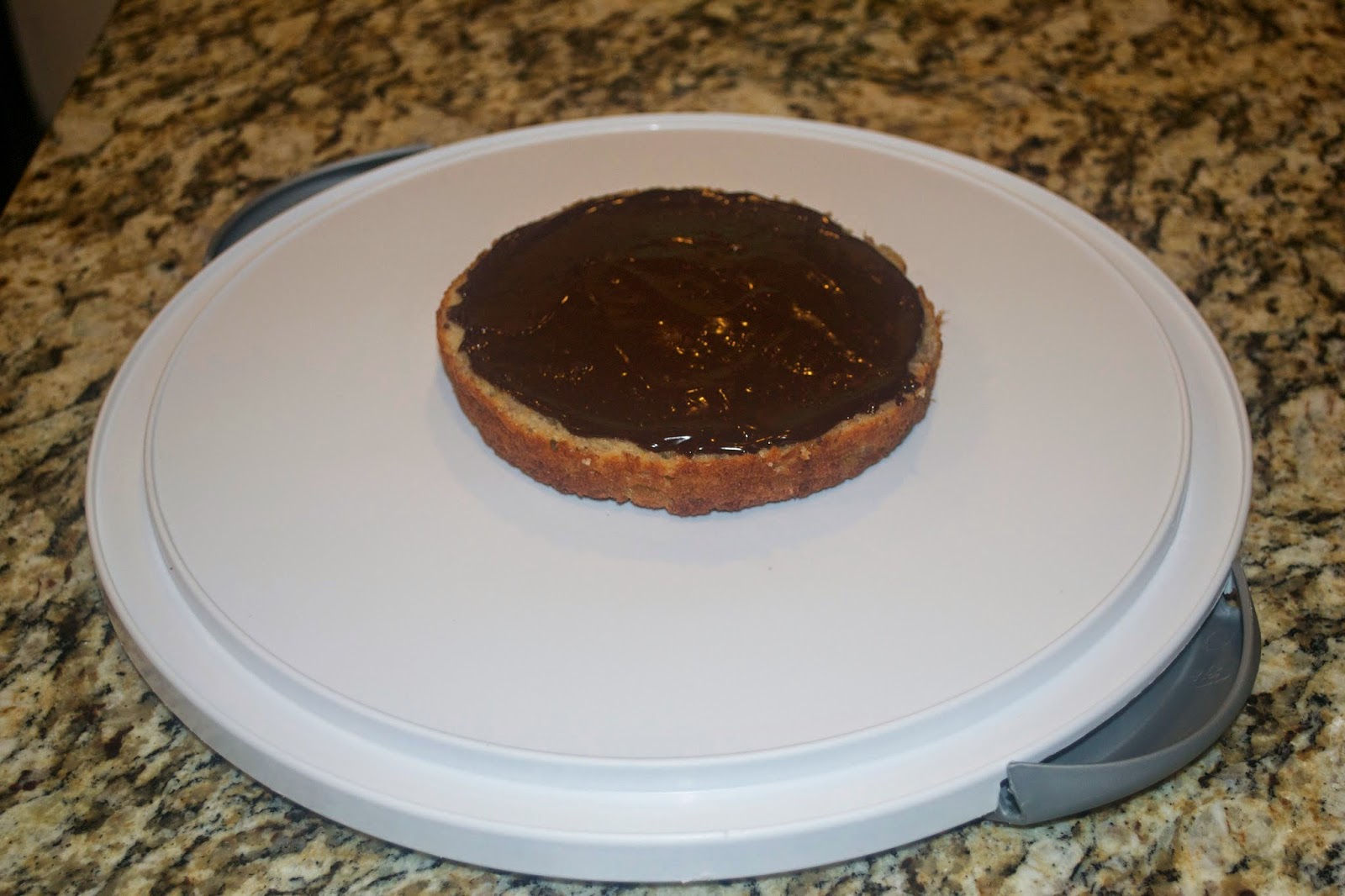 The Nutella frosting on top of ganache. At this point, I was ready to eat. 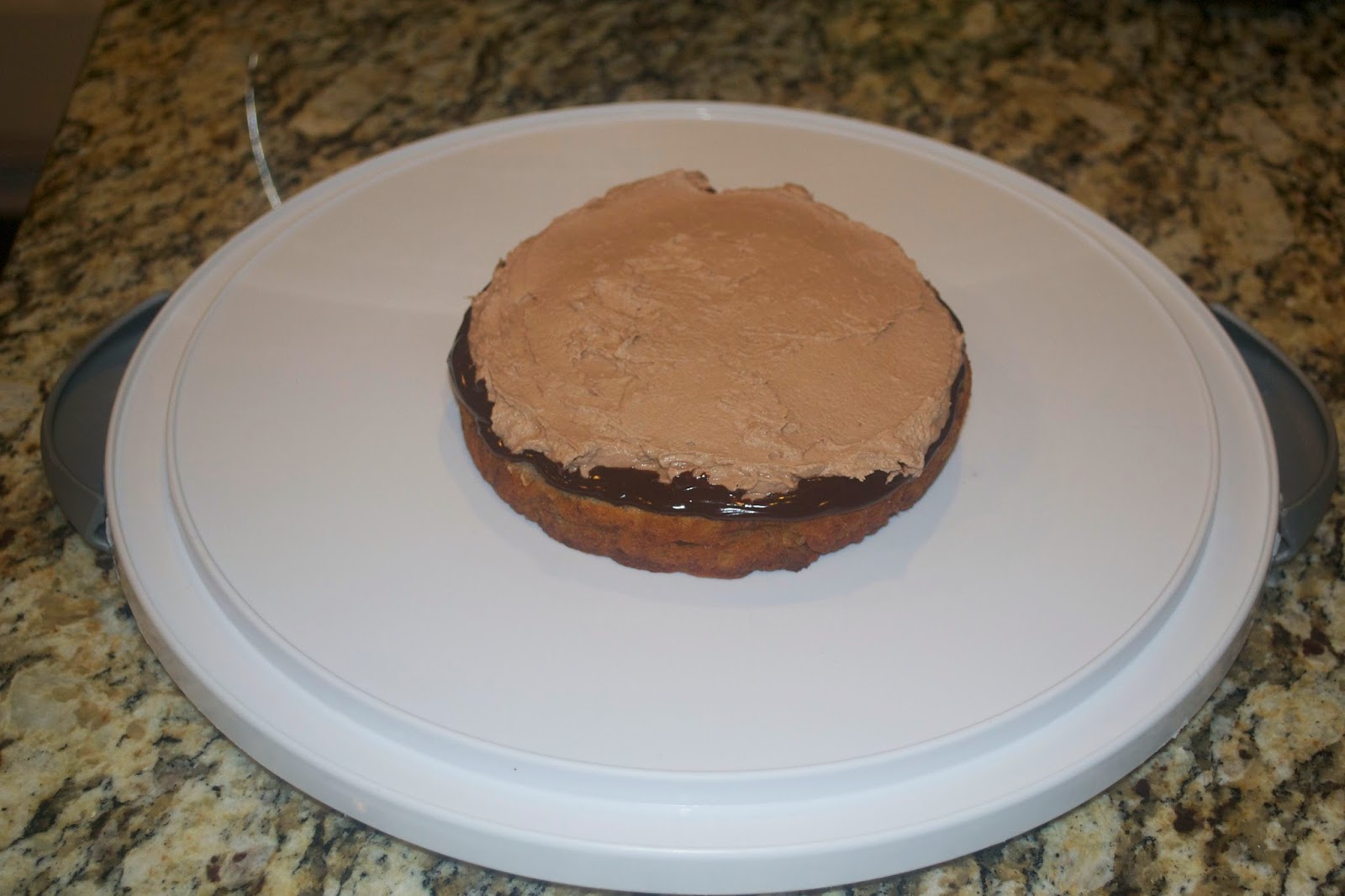 I did like how it turned out. I didn't go pretty like the original blog post. Since I'm no good at clean decorating, I decided to leave it messy. It's a lot less stressful that way, not too sure why I don't do it more often. 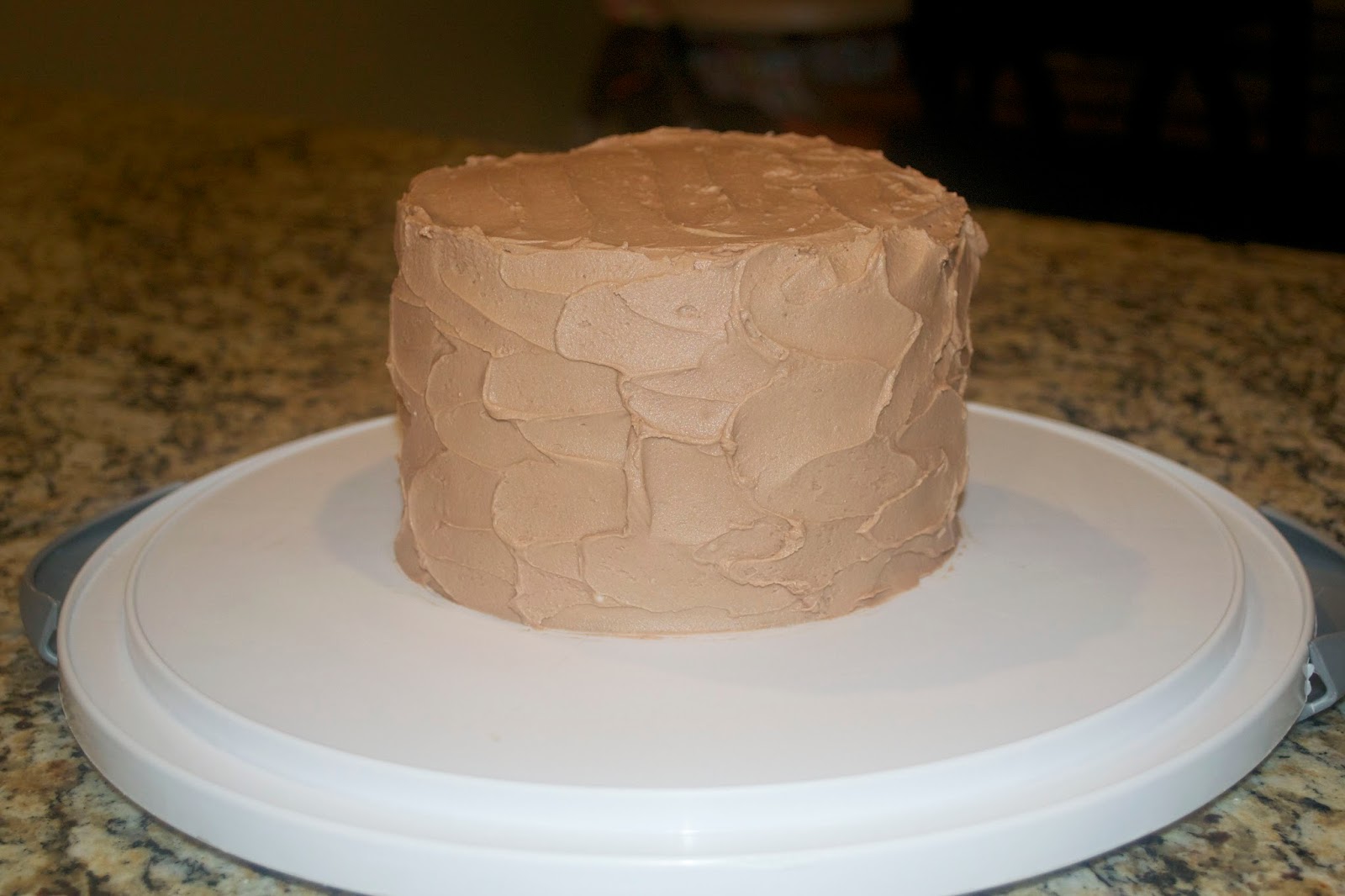 It'll probably take me a while to fall back into a baking rhythm, it's not like riding a bike. There's a lot wrong with this effort, but there's a lot that was so right. 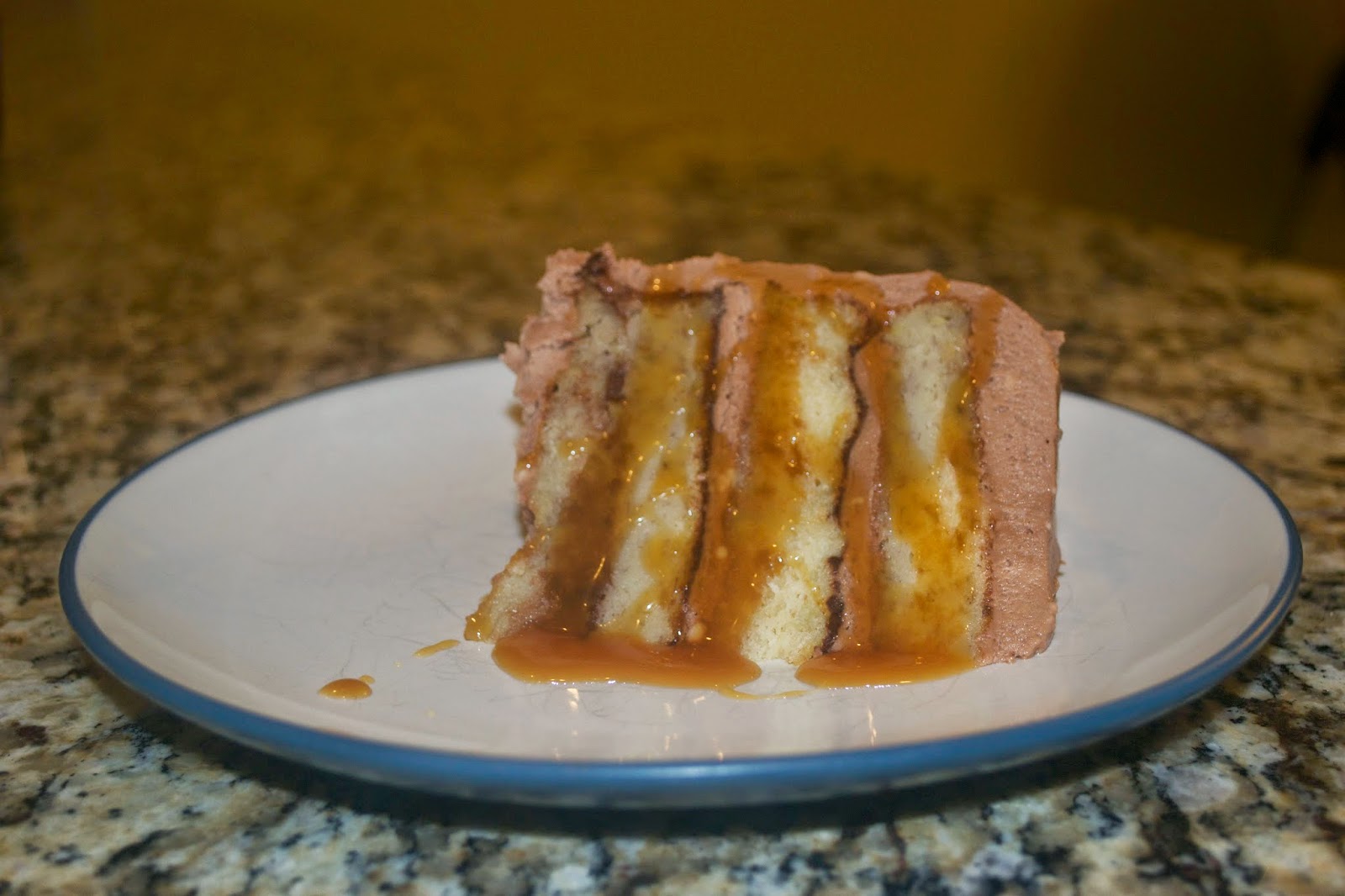