You know those annoying people who complain on Facebook about aspects of their life they have some control over, but repeatedly do things to make the situation worse? So yeah, that's me. I am tired pretty much all the time. It's not worse than any other parent. I'm just Mom Tired. Busy Tired. Just plain tired. Buuuuuttttt, I also really miss baking. I complained about that too. Then proceeded to spend the next 5 hours on cupcakes. Totally logical.

Weeks prior, I'd scheduled a competition at work that I called "Spooky Food Day" where the only prize was bragging rights. And I had picked my entry. I knew the moment I saw them that I needed to make them. Skeleton cupcakes from Cookies and Cups. Things had been hectic and by the end of business that day, I knew I didn't have time to do them. Naturally, I went ahead and did them anyway. Here's how the eve of Halloween Eve went down.

7:30pm
I'm alone with a 3.5 year old and 6 month old while my husband is at a conference. This means I am making cupcakes from a box. While the toddler eats dinner (he requested marshmallows and we negotiated and landed on a Lunchable) I put the baby in a wrap and whip up the boxed cake mix. Don't judge. 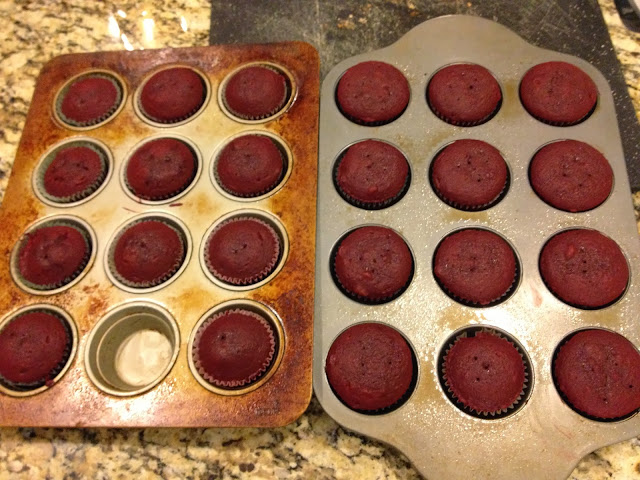 8:40
The husband returns home and sees me dipping pretzels in white chocolate. He offers to go to the store for me to buy pre-dipped pretzels. I decide to be lazy on this front too and let him go. I was 11 in and already sick of it.
Plus they were really ugly. 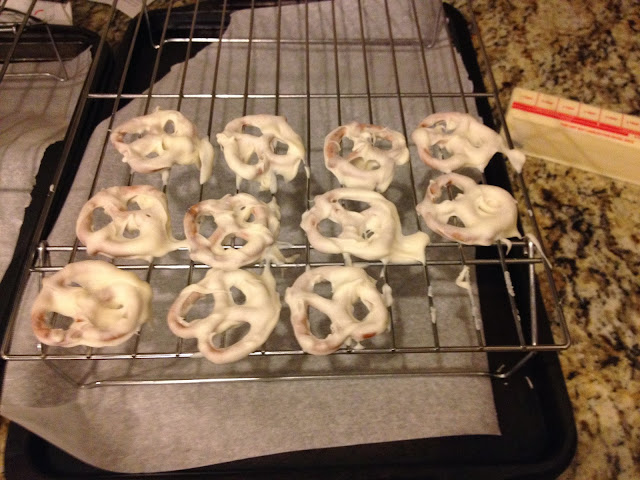 9:00pm
While the husband is at the store, I start putting marshmallow heads on sticks. Since I had the white chocolate out anyway, I dipped the stick tips in it first, as though that's what I actually planned to use it for. It made me feel slightly more organized. 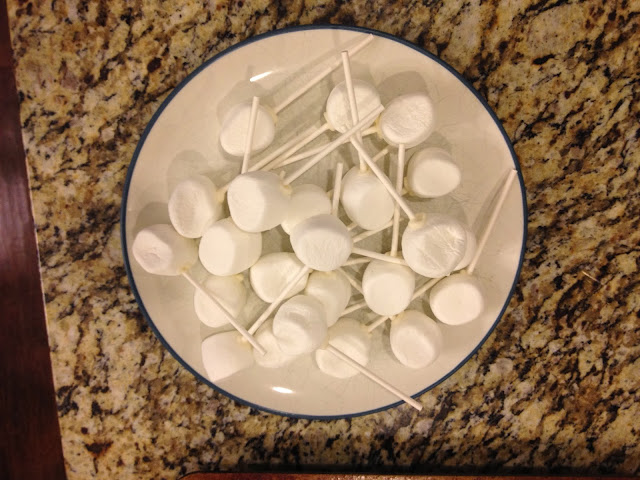 9:22
The husband calls from the store. They don't have white chocolate dipped pretzels but they do have dark chocolate. Or white star shaped pretzels with peppermint flakes. I debate whether I would like to have disgusting cupcakes by mixing peppermint with red velvet or weird looking brown skeletons. I opt for the brown skeletons.
A little later, I'm making buttercream frosting and run out of powdered sugar. I call the husband but he doesn't answer, so I text him. Around this time, I decide that dipping the cupcakes in sprinkles would be easier than shaking them out of the container, so I try to pop the lid off and end up doing this: 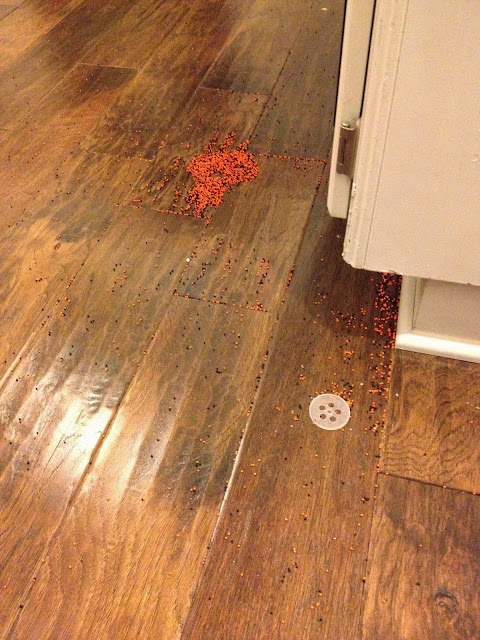 9:45pm
Husband returns from the store with the brown chocolate pretzels. I get mad and ask why he didn't answer his phone because I still need powdered sugar, but then he hands me a McFlurry, so I shut up and head off to WalMart. I think about how much I hate that place and this is the second time it's saved me in a late night baking emergency. I take a look and find 2 small bags of white chocolate covered pretzels left on the shelf, so the night starts looking up a bit. I have no pictures of the WalMart trip, but you might check out People of WalMart if you're interested.

10:10pm
I return from WalMart, start piecing things together, find it's a huge pain in the ass and curse myself for deciding on this project. Sometime around 11pm I decide that the skeletons don't need arms all that badly. 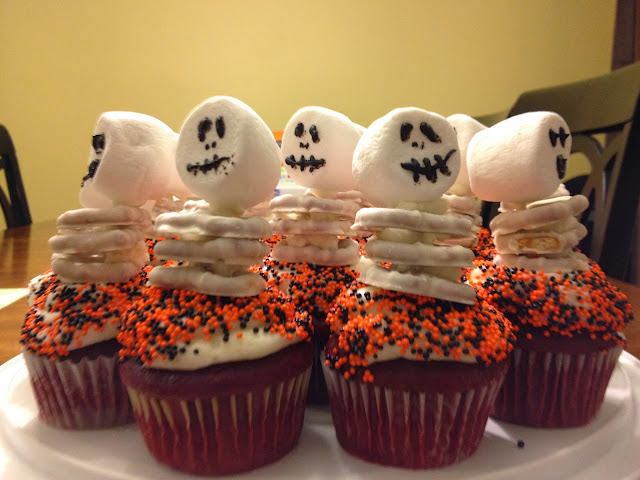 And here are the "rejects". I had run out of sprinkles (see 9:22pm) and white chocolate pretzels, so I had to finish out with chocolate. 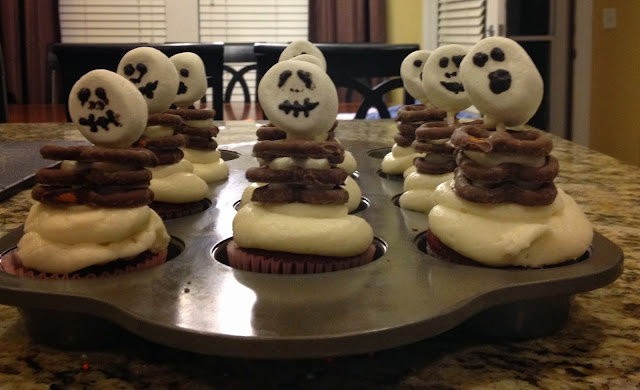 It slipped my mind, so I don't have pictures of the competition, but there were some really creative entries in there. Someone on my team won, so I was pretty happy about that.

So that's that. I hope you're now inspired to bite off more than you can chew. I'm off to bed :)