I put things off a lot. Like A LOT. Back in January, I posted about my craft room curtain fail. FOUR months ago, I bombed the curtains and I'm just now getting around to fixing them. Want to know how long they were without curtains before that fail? According to my notes about all the things I wanted to add to my new craft room... about a year. Guess how many of those other things I've done. You're correct if you said none :) 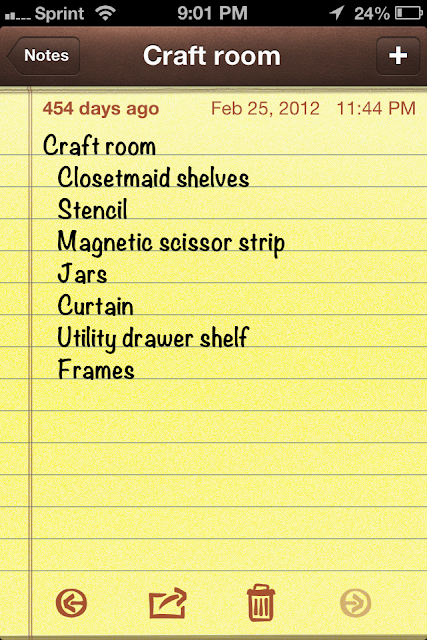 Anyway, we are about to put our house on the market (really easy to do with a newborn by the way) and I needed to fix the single/too short curtain issue. Another thing I was concerned about was that the green and white chevrons might be too bold for a perspective buyer. From what I hear, chevrons are sooo 2011. I don't care, I still love them. But I needed to get with the times. Here's a reminder of what the one panel looked like. I never made a second one as I originally intended. I was too defeated from bombing sewing 101 with that curtain. 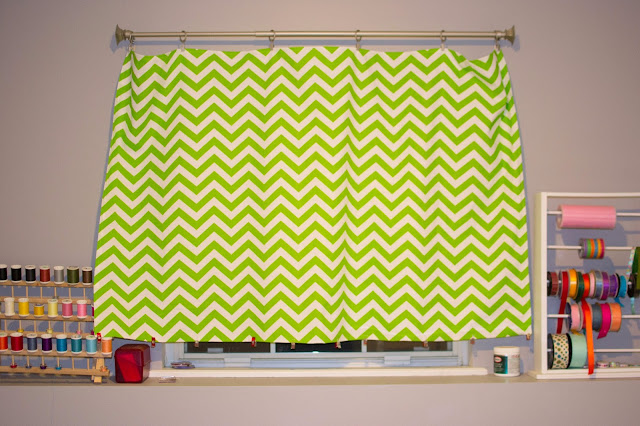 After the first curtain fail, I was perusing Pinterest and found some beautiful curtains on Apartment Therapy. I figured I could do them on a smaller scale for the craft room. I also wanted to go easy on myself. I don't have a whole lot of time with a one month old so I wanted to use the drapery rings like last time. These little things are handy. I've also used them for other fun projects like this one.. These came together easily, but the trickiest part for me was piecing it together. No matter what I do, I can't seem to cut or sew a straight line. But I made do. Top to bottom, the window was 3 feet, which made for nice, even stripes. I wasn't too sure how wide to make it so I just added 8 extra inches to half of the window width measurement. I didn't put too much thought into it, but it worked out. I didn't add black out backing or clean up the back that faces the neighbor's house. Why put all that effort in for someone else? When I moved in here, the first thing I did was take down all their hideous window treatments. If I'm to suffer the same fate, I would rather not waste my time with the extras, ya know? And the neighbors probably won't even see since it's lower level. Look at their view. 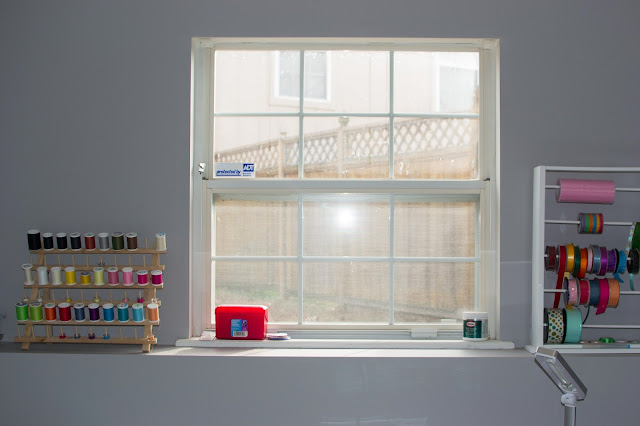 Despite my inability to cut or sew straight (and being in a rush hoping to get done before the baby woke) the pieces came together pretty well. It took a total of 8 hours to get it finished. It was done between 3 feedings, 3 naps and dinner. I estimate about 2 hours without the non project related activities. I actually like it better than the Chevrons. I hope a buyer will feel the same. I'm starting to really love what this room has become. I may not want to move away :)