I don't know if you call it a rule or what, but one of my own baking/birthday rules - Never make your own birthday cake. My husband did offer to buy me one. Psh. I have a huge love of made from scratch cake and that just wouldn't do. I was secretly hoping he would make one for me. But the birthday came and went without cake. We did have dinner out, but I was still feeling the need for cake.
In all honesty, it really had little to do with me getting older. Sometimes, I just feel like having cake and since I don't want to seem like a fatty, I need a "reason" to make one. You think I make all those cakes for people at work because I'm nice? :) 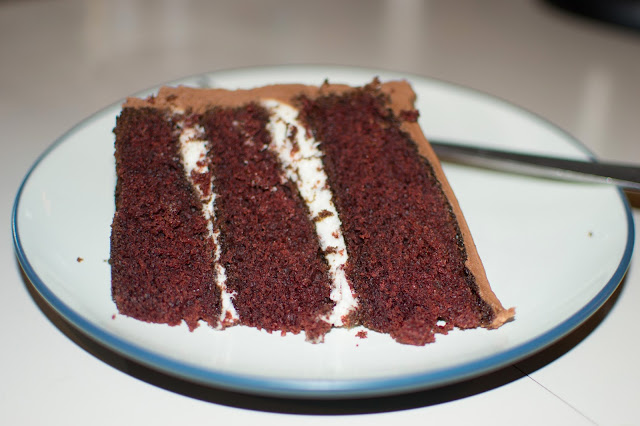 I made a Chocolate Cream cake from this cookbook. A triple layer chocolate cake with a buttercream filling and chocolate cream cheese frosting. It was almost too much, even for me...Almost. 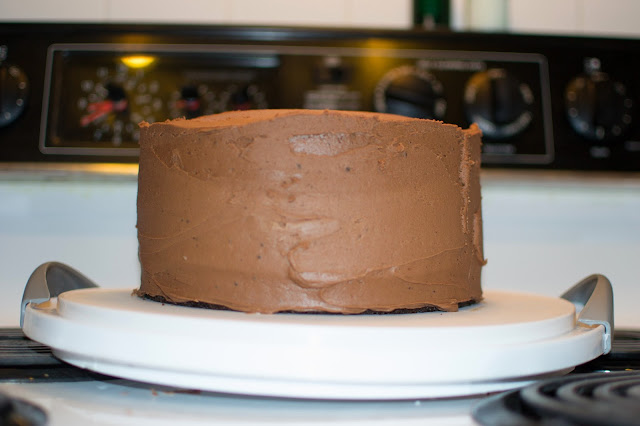 I had to post the slice picture first because the chocolate frosting hides the yummy cream inside and that's such a shame. Want to know the best part of making your own cake? You don't have to frost it smoothly or evenly. Just slap that stuff on and go, it all tastes the same. When it's just for me, I don't do pretty :) 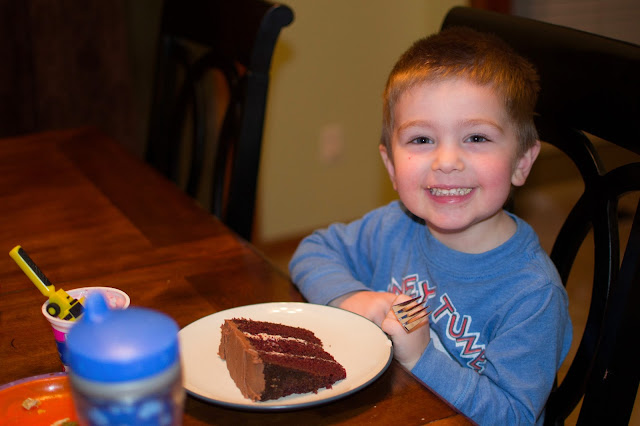 Even though it's not perfect, the boy appreciates it. He had the biggest smile when I told him there was cake. And it got bigger when I put it in front of him. That's my little guy!